When IDW acquired the Ghostbusters license back in 2008, they had a bit of trouble finding their footing; producing two lackluster mini-series. Things changed when they began releasing a series of one-shots, before finally beginning a new ongoing series by Erik Burnham and Dan Schoening. Set in the movie universe and following Ghostbusters: The Video Game, the series was well-received by fans new and old. 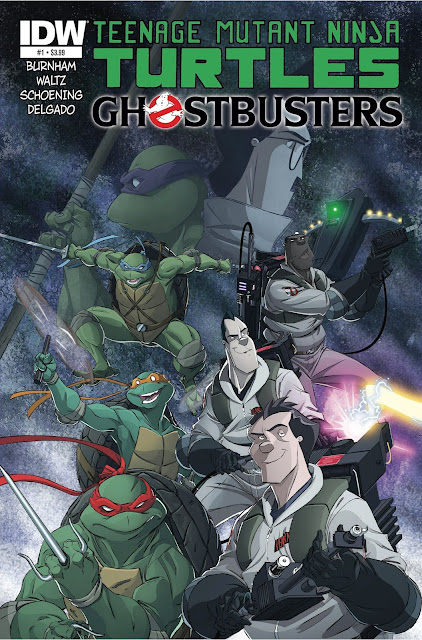 The series was rebooted with a new #1 when the main cast was trapped in another dimension and replacements were filling in for them, running an additional 20-issues before ultimately ending again. However, just in time for both franchises' 30th anniversaries, IDW released the crossover everyone dreamed about: Teenage Mutant Ninja Turtles/Ghostbusters. 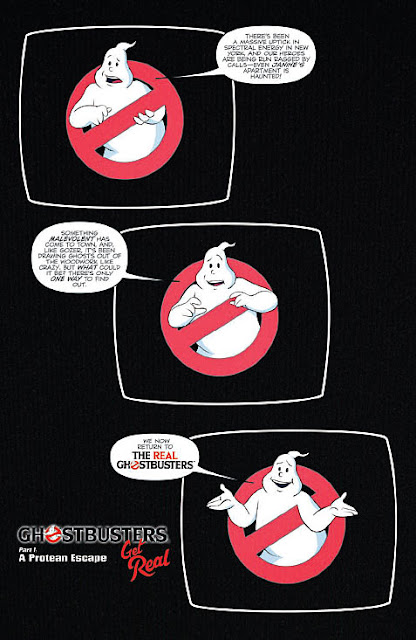 Now, IDW gives us another unlikely combination, as their Ghostbusters team-up with the versions from The Real Ghostbusters animated series. A primordial god named Proteus has a grand scheme and aims to remove the Real Ghostbusters from the equation before they can think about stopping him. However, a good turn the Ghostbusters performed saves them and has them ending up in the IDW Ghostbusters' universe. 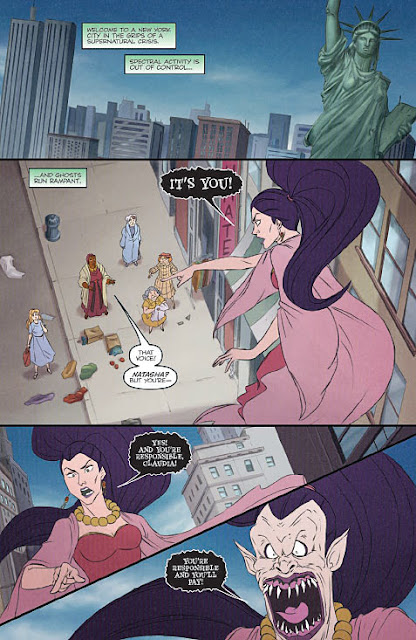 GRADE: A+. While the Real team had shown up in a fashion during the ongoing (particularly through Easter eggs drawn by Dan Schoening), this is the first time they've been central to an IDW comic. As the primary team for the duration of IDW's ongoing series, the creators here continue to bring their A-game in respect to that franchise. 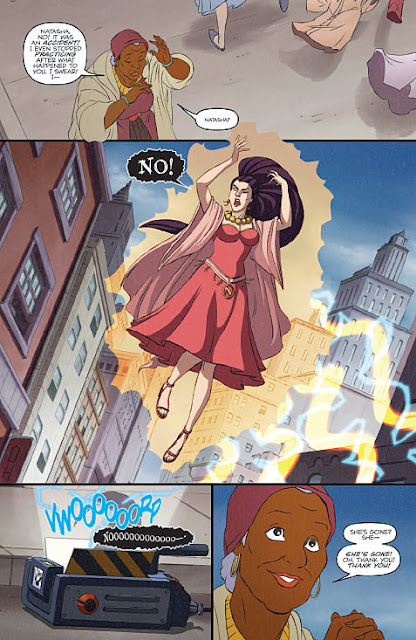 Story-wise, not much happens beyond setting up the rest of the series. However, what a set-up it is. Erik Burnham's writing is as spot on as it has been for the duration of his run on the main book. The dialogue is sharp and crisp, blending comedy with pseudo-science almost as if he actually wrote the movies himself. This story also builds on the previous crossover mini, utilizing the teleportation device the team used to send the Turtles back to their own universe as a potential way to send the Real team back. 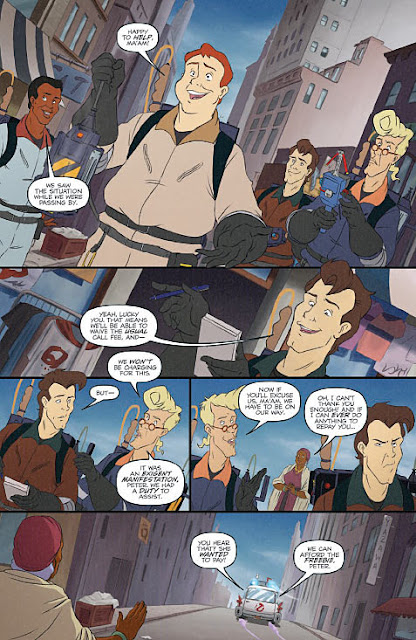 But the standout portion of the book is Schoening's artwork. He gets a chance to shine by rendering all characters in the Real universe as if they were drawn by the Korean animators who worked on the show; although you can see a bit of his style shining through. And his style is in all its glory with his IDW standard characters. If anything, this series will showcase Schoening is not just a one-trick pony and can adapt his style as required. 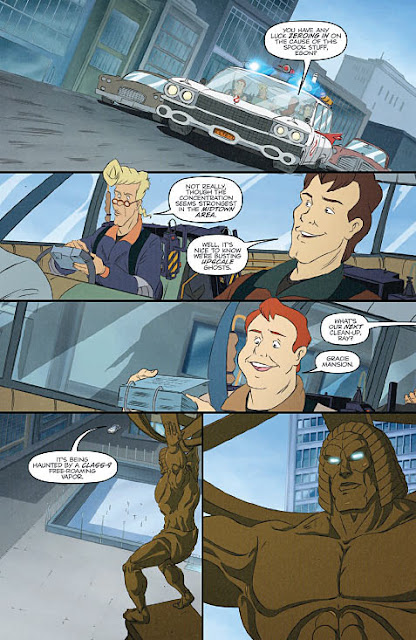 Luis Delgado's colors drive everything home. Everything in the Real universe keeps shadows minimal as the were in the show, but he adds more to those characters when they're in the IDW universe. In fact, all scenes in the Real universe almost seem as if they were ripped straight off of the show's DVDs. While the contrasting styles are a bit jarring, it works as well as it did when the Turtles had their own crossover in animated form for their 25th anniversary (however, in contrast, the comic is a lot more respectful of their 80s counterparts).

This issue came with four covers. What did you think of this comic? Let us know in the comments or on our Facebook page by clicking the link at the top of the right-hand menu. 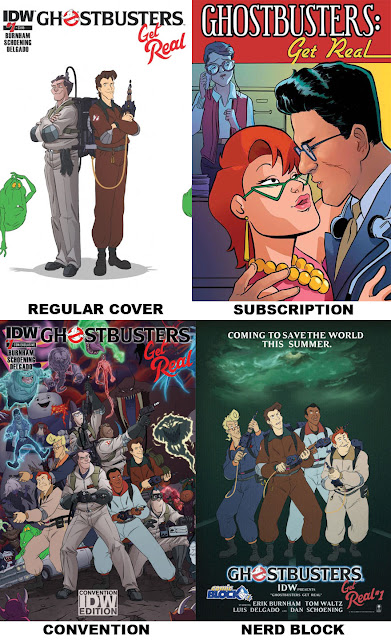 Posted by Chris Buchner at 9:01 AM